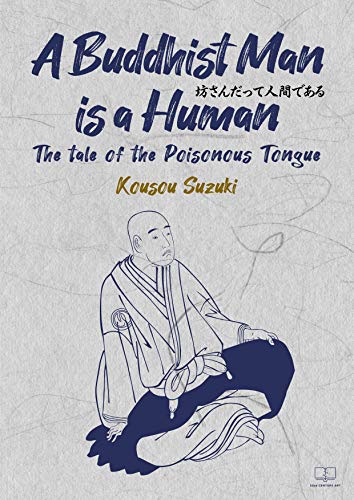 Even a Monk is Human: Honest Sermons by a Sharp Tongued Buddhist

Religion is like a seasoning. The seasoning itself is not something that can be eaten, but makes the taste of the food comes alive when added to food.This is also true of human life. When properly seasoned, human life can be filled with excellent taste and richness. Religious sermons are a skillful use of this seasoning.

Born in 1947, in Ugo, Akita Prefecture.
Lives in Sendai City, Miyagi Prefecture.
After working in various professions and after some twists and turns, he entered the Buddhist priesthood.
戒壇 (Kaidan, Commander) at Fudoin Kaigo Mineji Temple in Matsushima.
得度 (Tokudo, Profitability) at Mutsu Gokokuji Temple in Aomori and trained at Mt. Koya.
Shingon sect, Chisan Daikangenji Temple (Sendai Daikannon).
In addition to the Daily bowls, he works to propagate Buddhism through the Sutra copying class.
His books include “Rasetsu no Sugoroku” (February 2007), “Muku naru Shizuku” ( November 2007), “Oppozai” (April 2009), “I Don't Care For Funerals, It's Such a Mess!” (May 2011) are published by Bungeisha.